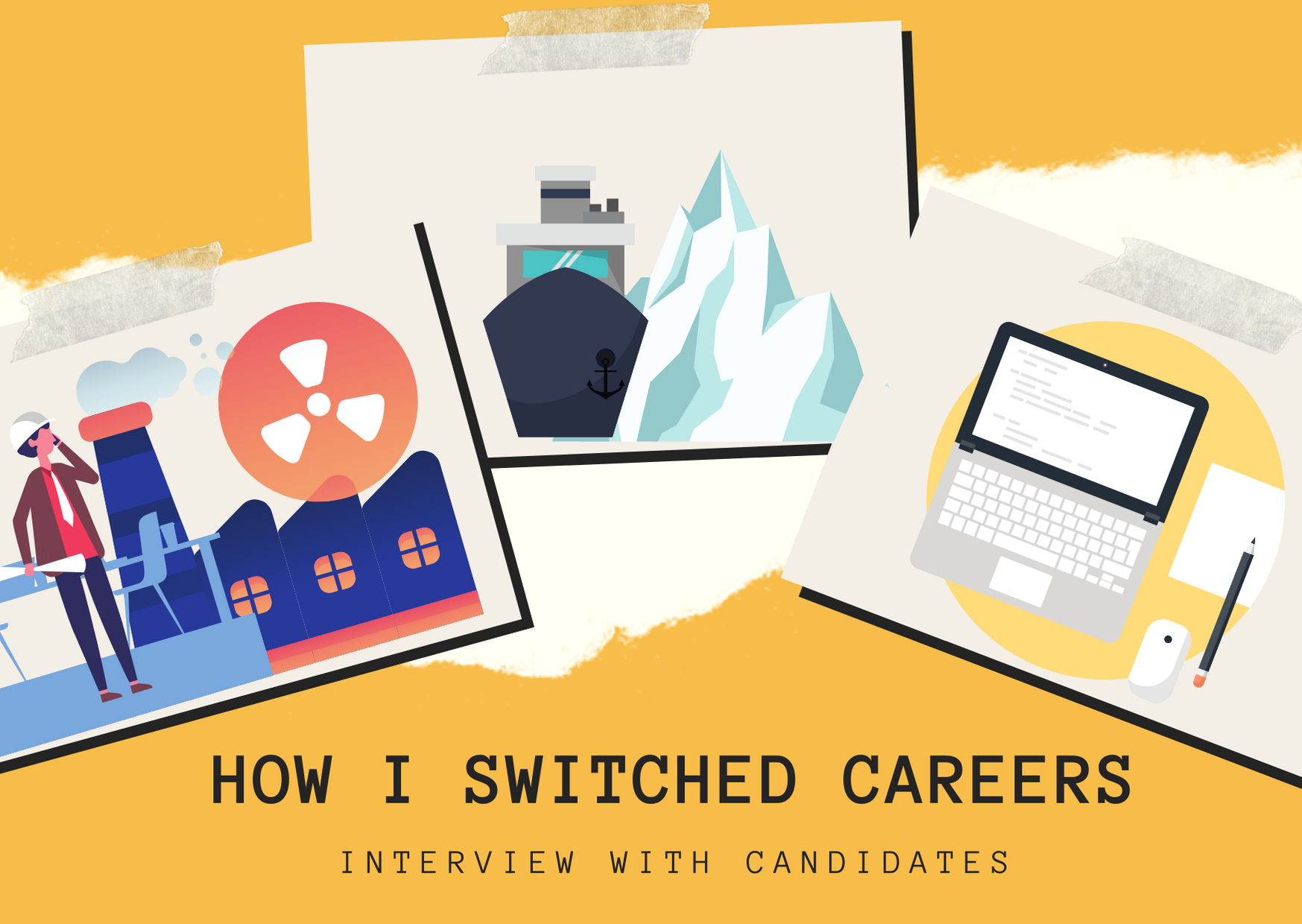 Interview with candidates: How I switched careers from a nuclear engineer to a software engineer

first of all, thank you for doing this interview with us! We’re more than happy to share your career path with other people who might be interested in software development. Could you give us a short self-introduction?

I’m an engineer who wanted to become a programmer and did it. My simple path was: nuclear “paper” engineer (7 years) -> sailor (6 months) -> creative engineer (9 months) -> programmer (2 years).

When you found out that programming and IT field is something you might be interested in? Who/what has influenced you the most?

The first thought came to me that something in my career must be changed. I was looking through vacancies on the Internet and was impressed by the number of different opportunities in IT field. (and by the salaries, of course 😉 )Then I decided that it was impossible for inexperienced me and left this idea for several years. Now I understand that it was a mistake. I was afraid of failure. The thing was hard for me to understand: If we don’t do anything, we definitely won’t fail. There was no advice provided to me on work in IT. Everything was a matter of chance.

What was your job at the time?

I was a nuclear engineer at NPP for 7 years. Then decided to change my life and became a sailor (trainee of nuclear reactor operator) on the icebreaker “Yamal”. A decision that sea is not mine came fast. Then I found a job which was linked with creativity – started to produce metal tanks. But it wasn’t enough. Previously I had had some experience in programming and I decided to improve my skill to be employed.

Could you tell us about the process at the very beginning and what kept you motivated?

It was really hard! It seemed that the volume of information could blow up my mind. And I was thirty-two years old junior developer. But no one can describe emotions when you’ve done something and it works! Excitement, thrill and joy are my motivators.

What major challenges did you face? 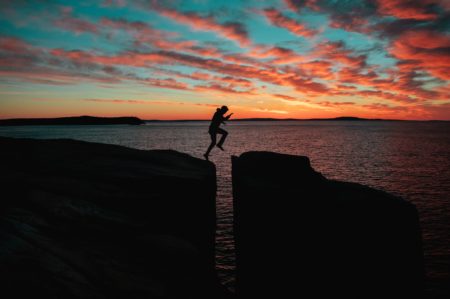 Why are employees leaving their jobs? These are the 6 most common reasons:

Have you experienced something similar?

There was all of this except the risk of being laid off. But I agree with option No.1 the most – when you have a job that’s not fulfilling your desires.

It’s never too late to start anew –  but some people  are too afraid to start. How would you encourage them?

We have only one life to live! We must rock! And there are minimal risks if you rock in IT. If programming is not yours, you can always become an analyst, a project manager, DevOps, QA-engineer, UX-designer or even a bearded admin if your face allows.

Have you ever went through IT courses and do you think programming certification is helpful when looking for an IT job?

I permanently attend free IT courses. There I catch new ideas for my projects and keep observing unstoppable changes of IT industry. I don’t have significant certificates and believe that it is just a “paper” which will be outdated in several months. Maybe I will change my mind! Who knows?

We need to be crystal clear about our end goals and visions while learning to code. What do you think, is that true?

You have to understand yourself and stay motivated. It is hard to keep studying one language for a valuable period of time and get superficial knowledge without any result. 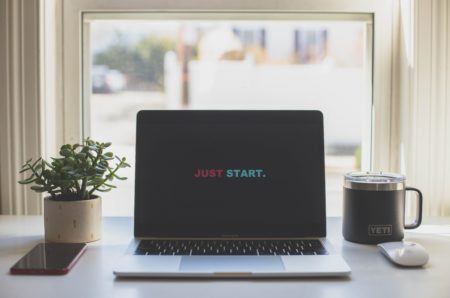 Get your finance ready. Should we prepare to invest a lot when changing career? (books, courses, subscription plans on programming platforms, boot camps)
This is not only about finances, but free time and motivation must be ready. You can achieve the first field experience in volunteer work on some freeware projects and feel yourself as a part of a huge enthusiastic community. And Stackoverflow with Google will always help you.
What do you like about your current job? What has changed the most?
Now I understand what I have to do to improve my skills and proficiency. And all of my colleagues do! And I had a unique opportunity to work staying at home two days per week. But in COVID-19 reality – I want to go to the office!
What programming languages have you been using since the very beginning – what skills/languages would you like to learn or improve?
My first and current stack is relational databases, more precisely Oracle DB (SQL, PL/SQL). I also studied JAVA, C#, MariaDB and Postgresql. But I was really impressed by the Zen of Python. And Python is the next language that I want to have in my CV.
What programming language would you recommend to learn at first?
Python! It simple to make the first step. And further on, if you have an idea, try to find a python library. Maybe someone has already done it for you. 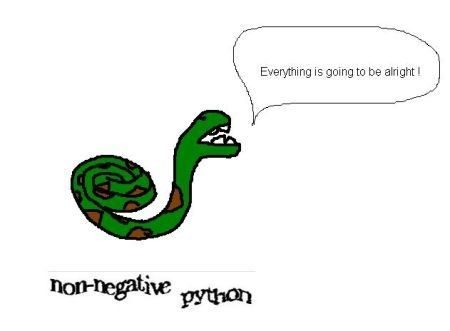 Could you give us information about the process of getting your first IT job? Feel free to share any tips for IT newcomers.
When something went wrong in Russian economy, banking system decided that it would be not so expensive to develop in Yekaterinburg but not in Moscow. Several banks came to the city not far from my place of living. I applied. One invited me for an interview. (Surprise!) I was sure I would fail. I couldn’t answer the question: “what can an ex-nuclear engineer who has been dealing with metal tanks production for several last months do in developing of an internet bank”. But if we don’t do anything, we definitely won’t fail. And I showed up to a job interview. I defined the minimal salary that I was able to accept in my conditions and declared it on the interview. When after that I heard “pfff” I realized «I am in”. Tip: just rock!
Once you were ready to get a job in IT – did you accept the first offer that appeared before the right one came?
The first was the right one! It took a month from sending CV to offer.
Tell us 3 pros and cons of being a software developer from your point of view.
Pros:

What other skills does a good developer need?

Hard skills are only half of success. Also, you need to speak language that people around you understand and keep calm in any situation.
What is the next step in your career or in your life in general? Any future goals you want to accomplish in the next months/years?
The hardest challenge is to find a job abroad and to erase country borders.
Would you like to add something more? Feel free to share it with us! 🙂
In my opinion, nowadays most efficient IT-specialists don’t come from IT. Developing means to teach the machine to do some routine work instead of a human (except AI: Skynet is coming :). But the person who has done such work thousands of times can do it better.

In spite of the uncertainty that the current difficult situation has caused worldwide, many companies are still hiring to fill essential roles. At Techloop, we are doing our best to

Techloop has joined forces with LMC and Alma Media

It’s a match! Today we are excited to announce the great news that Techloop has been acquired and will be joining forces with LMC (providers of Jobs.cz, Prace.cz, Atmoskop.cz, Teamio, 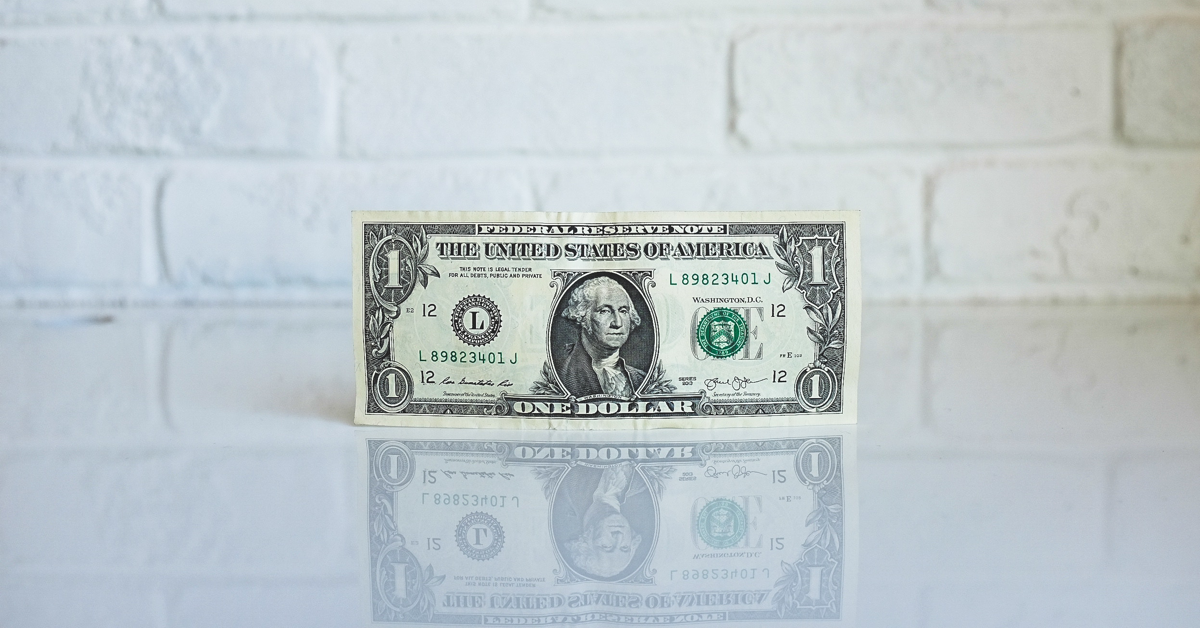 Wise Men Say Only Fools Give in to a Counteroffer

Wise men say only fools accept counteroffers (and also ‘rush in’ apparently, but I ain’t gonna break out into a rousing chorus of ‘Can’t Help Falling In Love With You